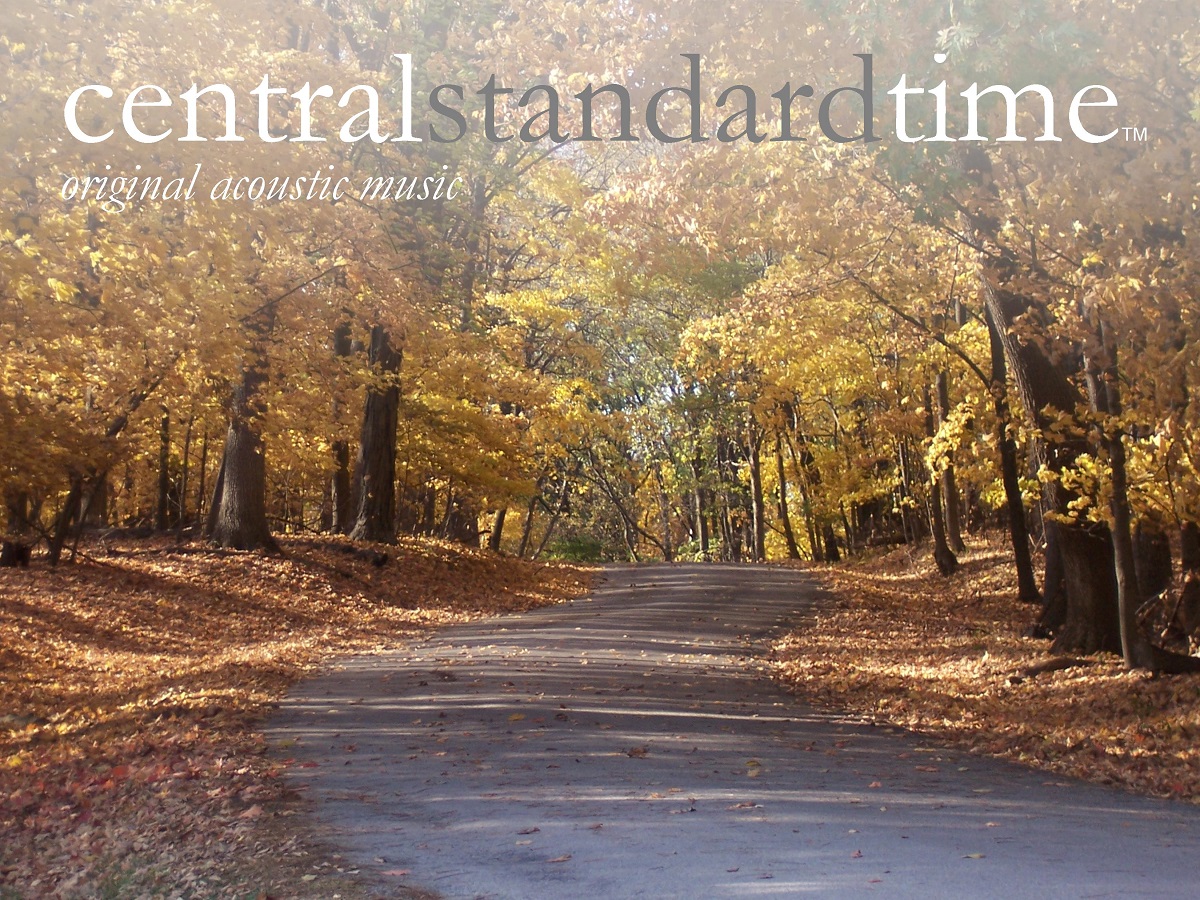 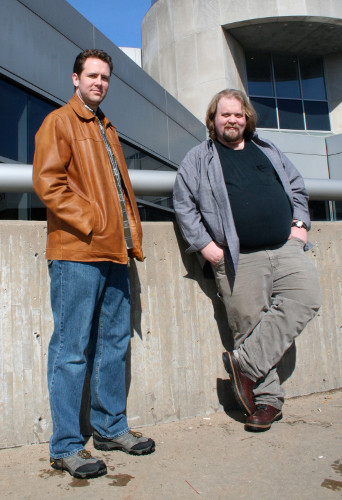 Squeaky floorboards, curtains faded with years of sunlight, a dog-eared songbook on the coffee table… An old front porch with a few creaky rocking chairs, a half-full glass of lemonade, lightning bugs flashing and crickets chirping as the summer sun drops below the horizon… A crackling fire holding back the cool air of an autumn evening, friends with faces lit by the fire’s soft glow, songs rising into the night…

The warm resonance of an acoustic guitar folds perfectly into so many scenes. Maybe some of those scenes are from your own memory. Central Standard Time’s music evokes those same memories. Though the songs are new, they are steeped in the American folk tradition. They are new songs woven from old threads.

Central Standard Time is an acoustic duo from Iowa City. Matt Hibbard and Charlie Rod met at camp, where their friendship grew strong. From that friendship sprouted a musical collaboration, born of many summer nights singing and playing around a campfire, winter days singing and playing by a fireplace, and countless days and nights in a college dorm room, making music with friends. That collaboration has continued for more than 15 years, spawning five albums of original music and performances throughout the Midwest.

CST’s music is influenced by Simon & Garfunkel, Peter, Paul & Mary, John Denver, John Prine, The Beatles, Storyhill and others. The music features intertwining acoustic guitars and swirling vocal harmonies. The songs are honest and unpretentious, and listeners are drawn in by their humble sincerity and simplicity.

Interested in watching us in concert? Great! We'd love to watch you in an audience. Hopefully we can find a find a time to make your goals and ours a reality. (Clicking show dates opens info in a new ReverbNation.com page.) 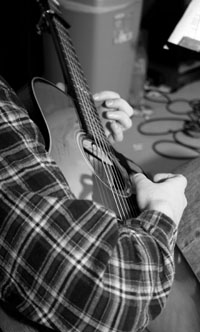 If you're hoping to catch a CST show sometime soon, check back here periodically for updates. Or take a more proactive approach and speak with the proprietor of your favorite local coffee shop, bar or concert hall and recommend that she or he contact Central Standard Time!

We've been playing together for almost 20 years, and every so often we record some of our stuff.

We have three albums currently available for digital purchase through iTunes and in stock at CD Baby for those who prefer to spin the plastic.

We also have three albums that are harder to find copies of. They're widely sought by CST collectors, especially valuable hand-numbered copies of Whisper of Wind.
close window
close window

This is the RSS feed from our blog. Click on any post heading to be taken to the blog itself, hosted at blogspot.com.

close window This is where we'd put info about some cool exciting new thing - big concert, new album, etc. Boy, will people be excited about whatever this ends up being.